The authors behind this issue of Kosmorama are all part of the three-year Danish-German research project: 'A Common Film Culture? Denmark and Germany in the Silent Movie Era, 1910-1930'. In this brief opening article, project leader Lars-Martin Sørensen introduces the project and the individual contributions of the research team.

During the golden age of silent movies, the cross-border traffic of individuals working in the film industries of Denmark and Germany was intense. The team of researchers behind this theme issue of Kosmorama and the Danish-German collective research project, A Common Film Culture – Denmark and Germany in the Silent Movie Era 1910-1930, have counted around 40 Danish nationals working in Germany for shorter or longer periods of time: directors, actors, screenwriters, scenographers, photographers – the creative forces behind movie-making, so to speak. At the same time, German scriptwriters, especially, were active in the Danish film industry. Around 50 German screenwriters contributed all in all 77 scripts to Danish film during the years from 1907 to 1922. The most prominent German director in Denmark was Georg Jacoby, who – in 1928 – directed the Nordisk Film international prestige production, The Joker. This film, and around 50 more titles by various directors, is preserved in the Danish Film Archive as a camera-negative only, which means that it has not been screened since it premiered in the late 1920s. Along with the remainder of the preserved Danish silent film heritage, it will be restored, digitised and made accessible online at www.stumfilm.dk over the next few years.

Most famous among the international film stars is, of course, Asta Nielsen, who, along with her husband Urban Gad, left Denmark to pursue a career in Germany after the runaway success of The Abyss (1910). At first glance, however, Asta Nielsen may seem an odd example of transnational cultural exchange of creative resources, since she more or less incarnates an émigré film actor; she quite simply relocated to pursue a career in Germany. Only four of the films on her credit list were produced in Denmark, while the vast bulk of her roughly 70 films were produced by German companies. Many of them were, however, screened in Danish cinemas, and Asta Nielsen was certainly a part of Danish film and celebrity culture, so in this respect an exchange did take place. A somewhat different story can be told about Danish film pioneers Viggo Larsen and Holger-Madsen, who were both continually active both north and south of the Danish-German border. With his 162 German titles, Viggo Larsen is one of the most productive directors, but the cinematographers Axel Graatkjær and Frederik Fuglsang also impress with 69 and 80 German-produced titles respectively to their names. Even more extensive was the transnational outreach of Carl Th. Dreyer and Benjamin Christensen, who – apart from Denmark – had Sweden, Norway, Germany, France and the USA on their track records as countries in which they worked in the capacities of actors (in the case of Christensen), production designers, screenwriters and, of course, directors before the breakthrough of the talkies.

But it was not only the famous (and not-so-famous) people who crossed borders during the silent era. The leading Danish film company in the 1910s, Nordisk Films Kompagni, exported the lion’s share of its films to Germany (Thorsen 2016). The polar bear on top of the globe – the brand of Nordisk – had truly global reach until the end of WWI. In the 1920s, the Danish film company Palladium took over marketing films internationally under the slogan:”We are going to conquer the World” (Astrup 2017). To both companies, the German market was of prime importance. And their films were deliberately designed to suit international tastes and requirements. The companies strove to fulfil the inherent cosmopolitan promise of the silent movie. Doing so forced the producers to comply with local censorship requirements and preferences of taste, a strategy that Nordisk Films Kompagni had implemented in their production policies as early as 1908 (Thorsen 2016). However, versionizing silent movies for foreign markets was often just a relatively cheap matter of translating the intertitles, until the language confusion of talkies came around. But as long as the silent golden era lasted, the attraction of the new medium, its practitioners and its markets were transnational; for what was the relevance of borders and languages to – for instance – a German screenwriter, who could submit her manuscript in German to Nordisk Films Kompagni in Copenhagen and expect a written reply from Nordisk in German? And hence, one might ask if there was in fact in some ways a common film culture in Denmark and Germany, not two distinct cultural spaces, delimited by language, national regulations, borders and boundaries?

In the extant research on Danish and German film, there have been tentative efforts to illuminate the interaction between Denmark and Germany in the silent era (eg. Allen 2012, Behn 1994, Loiperdinger 2013, Schröder 2011, Thorsen 2009, Tybjerg 1996), but a systematic mapping and analysis of the exchange is still lacking. This is what the group of researchers behind this theme issue want to provide during the three-year project period of ’A Common Film Culture – Denmark and Germany during the Silent Era 1910-1930’.

A systematic study of the national and transnational aspects of film culture with a focus on whether and how Denmark and Germany arguably constituted a common film culture may operate at the following five spheres, which are not mutually exclusive and therefore in practical analysis often intertwined and overlapping:

This theme issue includes analyses pertaining to all five spheres:

Stephan Michael Schröder primarily assesses whether Danish films were marketed in German trade journals as particularly Danish, and how Danish film companies negotiated contemporary German notions of ’Danishness and Northernness’: On the ‘Danishness’ of Danish Films in Germany until 1918

Jannie Dahl Astrup traces the careers of two individuals: the British film agent Arthur C. Gregory and the German producer and distributor Lothar Stark, who were both of prime importance to the European success of the Danish film company Palladium in the 1920s: World Agents and Mighty Filmmakers – The Transnational Business Relations of Palladium

Isak Thorsen illuminates the motivations behind the German excursions of the renowned director, A. W. Sandberg, who – besides holding the position of artistic leader of Nordisk Films Kompagni’s production – directed several films in Germany: Four Devils and a Mutual Friend – or, why A. W. Sandberg went to Germany

Lisbeth Richter Larsen maps the personal history of one of the overlooked pioneers of Danish-German cinema, namely Urban Gad, who despite an impressive track record has been almost ignored by film scholars -- perhaps because he was overshadowed by his superstar wife, Asta Nielsen: Overlooked, untold and almost forgotten – Urban Gad, film pioneer

That same Asta Nielsen, and the way she was constructed as a cosmopolitan diva in her films and especially by the Danish press, is the topic of Helle Kannik Haastrup’s contribution: Asta Nielsen: A Cosmopolitan Diva

Finally, Lars-Martin Sørensen scrutinizes the controversy surrounding the Danish censorship ban of the film Grænsefolket (1925), which dealt with the fate of Danes in the border region of North Slesvig, a region which is Danish nowadays but belonged to Germany until just after WWI. On the agenda here is the nationalist subject matter of the film and the reaction to German protests against the film by Danish official agencies, including the censor's office and the Ministry of Foreign Affairs: The People of the Borderland – A forbidden film, a powerful neighbour, and film censorship as foreign policy 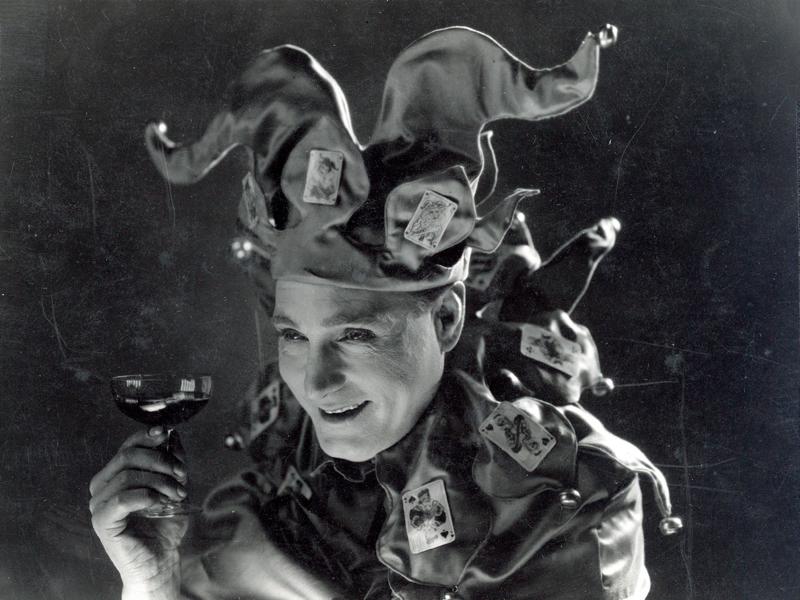 It is springtime, and people from near and far set out for Nice to attend the city’s annual carnival. However, a car accident becomes the catalyst of a complicated love story and a showdown between a fashionable con artist and a young bon vivant known as ‘The Joker’.

The film is a Danish-German co-production between Nordisk and Horwa-Goron-Film der Deutsch Nordischen Film-Union and was Nordisk's final big scale production before the company went bankrupt in 1928.